Nuyorican Poet – Jaime Shaggy Flores
A Voice for the Voiceless

Poetry, like many art forms has deep roots in the labor movement and in community organizing.  Many of us in the movement are familiar with the work of folk artists such as Woody Guthrie, whose lyrics conveyed the plight of the worker unlike any other artist of his time. Yet few are aware that a new wave of lyrical artistry is taking root in the labor movement and beyond.  New voices of nationally recognized spoken word artists and poets are being heard; not just heard in bookstores and cafes but also right in your own local union. It is this new generation of poets, writers and activists who are the rallying cry for social justice and equality. These Bards work toward building community movements that influence the next generation of union leaders.

In an effort to support these artists and bring their message to the mainstream, the George Meany Center’s National College began hosting an annual event as part of its Spanish Immersion Course for Union Activists called ‘Latino Poets Night’. This historical event is a celebration of poetry and the vital role that the modern day poets carry in the message of labor across the lines of race, gender, ethnicity and age.

LH:  What led you to the choice to be a poet?

Shaggy Flores:  Growing up, you quickly learn that as a poet, as an artist you can convey powerful messages a lot easier than somebody that’s just simply teaching, speaking, or preaching to an audience.  A poet can sum up your point, which might be boring or dull, in just a few lines that are dynamic and enlightening thus mobilizing the audience to action.  Poetry is a tool, and poets are the modern day conjurers who create change with living words.

LH:  Is there a particular moment in your experience as cultural worker or activist that you began to recognize the impact that your efforts were having?

Shaggy Flores:  While speaking at conferences and colleges, I began to see that the power of poetry was desperately needed.  So I began going places to talk to young people and to Latino, Black, Asian communities where I knew that poetry would be most effective in organizing those underrepresented groups.  I did readings, lectures and a combination of things for the community during my early formative years as an artist; this type of work influenced my views on labor and using the arts for community empowerment . 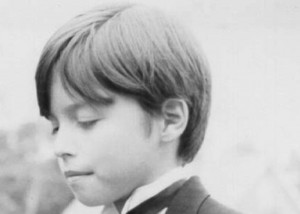 An example of poetry and labor in regards to my poetry is the Latino Case Workers in Massachusetts.  These were union workers who were basically suing the state because they were being discriminated against.  They weren’t being paid for their bi-lingual services.  Every other ethnic group was being paid for translating, but not the Latinos’. This was a clear case of discrimination, thus I got involved in using my poetry and skills to organize those workers. They eventually sued the state and won, thus setting a precedent for other Latino workers to demand equal pay for equal work.

Another example of the power of poetry in my life is the time I was in Seattle for the 2001 National Slam Poetry Festival competition.  Before leaving for Seattle, I called a LCLAA member Jimmy Matta, union organizer and President of Seattle LCLAA.  Even though we never met, I told him I was heading out there for the festival and before I could finish he said, “I got you covered, don’t worry about a thing”. When I arrived he had already set up workshops at four or five community centers where I was able to reach out to the local kids and get them involved in organizing. This is what labor movement and the arts is all about.  It’s about organizing people; it’s about using the arts to hit the people with a message that will peak their interest.   Labor needs more of this type of movement if it’s to continue growing and attracting more members. By funding and supporting these types of projects, we guarantee positive growth for our members

LH:  You obviously think poetry can be used as a tool in organizing and educating workers.  What are some examples of how this is done?

Shaggy Flores:  Mayda del Valle, just one example, was the first woman and Latina to win the National Slam Poetry Competition.  This accomplishment allowed her the room and recognition to perform at the National UAW Latino conference. Her performance and the performances of other poets in recent Labor Conventions sent a message that the new generation had arrived and that we had a powerful tool for social/economic change.

Just look at the recent success AFT (American Federation of Teachers) had at their huge conference and rally in New York.  They had Russell Simmons, all these established poets & rappers from Def Poetry Jam, get involved to show the teachers and the national media what the poetry movement can do in terms of organizing.  He’s proven that there’s a nationwide movement that wants this type of entertainment, this type of education.

It’s all very simple yet some make it sound difficult in regards to organizing and funding.  The current state of the future of Labor and Poetry is that these are youth movements guided by cultural preservation and community investment. These national and progressive youth movements are the future of labor, plain and simple.  Put young people who you know are serious leaders in their own right, who you know are workers, into positions of real power and leadership so that they can bring new perspectives into what you are doing on a global scale or national scale.  Once you see this change in leadership, a mixture of old and young, you’re going to see a lot of changes occur that will help labor breach many gaps.

LH:  What kinds of organizing issues can be addressed through poetry?

Shaggy Flores:  Subject matter alone, you have to look at the types of things we are talking about in the workplace and in poetry. I have a poem titled, ‘Corporate America comes to El Barrio’, which is basically how this corporation takes over a local Latino restaurant in the Barrio.  Corporate America then flips the script by turning this cultural community institution into a McDonald’s fast food nightmare. The audience is then witness to the power that if we don’t preserve culture, others will exploit it for their own personal gains.

There are so many poets that are pushing issues that concern our communities—issues of disempowerment, issues of economics, issues of race & identity, issues about how to organize workers on the job so that we don’t get fired because we speak Spanish during our lunch break. I mean very basic issues that we talk about in our work as organizers that often get overlooked. Poets deal with the same types of issues that we are talking about within the national labor movement construct, but the only difference being is that we are finding new and innovative ways to get the message across, pushing the boundaries of self expression in organizing and beyond.

LH:  What would your response be to someone who says, “Yeah, poetry is nice, but it’s mostly for folks living in the inner city or the avant-garde? How are you going to reach folks in middle or rural America? How does this type of poetry reach them?”

Shaggy Flores:  But the folks in Kansas are listening to the poetry nation and its many controversial wordsmiths. Look at the work of John Leguizamo, Def Poetry Jam and artist like Culture Clash who did nation wide tours of their shows before they were featured on Broadway and in Arena Theater. And not all of their audience was black or Latino. I mean come on, people do have access to TV and the Internet! Just because they live in rural America does not mean they are out of touch with what’s happening in the world. We live in a global communications society. 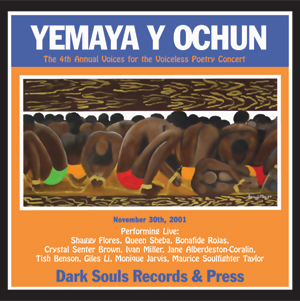 You know what they said about Hip-Hop culture back in the seventies and eighties is that it was just a fad, that it’s only short term entertainment for the inner city kids. Because of Corporate American and MTV, the majority of Hip-Hop and rap audiences aren’t even black or Latino, its middle class white Americans. These are the folks that are into the mass consumption of the culture, spending billions of dollars because they understand that the culture has substance and merit thus propelling them to get more involved in certain organizing issues of the culture.

People are human. They want to laugh! They want to see issues that are controversial! They want to see political issues reflected in a different light! Poets, you see, are like the modern newscasters of the day. Just like the original poets, the “Griots” who were from the Mandingo, Mali and Yoruba empires back in Africa.  They were the ones who would come out and tell you why the king was the king. You cannot have a King without a poet, because the poet tells you why he should be King…and legitimizes why he should hold that position.  The Poet tells you the history of struggle that led to this person or community achieving power.

The poet is willing to risk saying what needs to be said. In Labor and beyond, wordsmiths are your guns; they are verbal weapons demonstrating the power words and action. It’s having someone who can say what it is you really want to say but maybe can’t say because of your particular political position, or because your circumstances are such that you have to be careful what you say in order to maintain power.

Poetry is a lot more complicated than just a few words or thoughts written on a piece of paper, it’s dynamic, it’s living and it’s meant to be read and performed.  It’s a matter of taking that craft and using it to empower people. It is my hope that labor will begin to recognize that poetry is a tool that they’ve been using all along in its various forms and can use today to empower all kinds of workers. It’s an opportunity for labor to say, “Yes we are progressive and we are at the forefront of what people in the future will be tuning into. That we will invest physically and economically into youth movements and into the arts so that we can preserve our labor culture”.